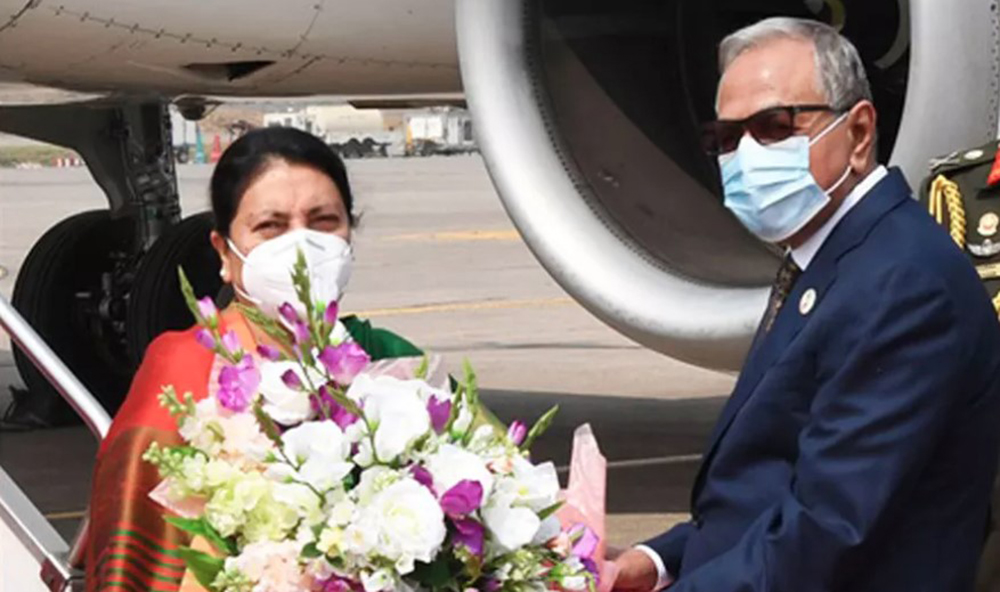 March 22, Kathmandu: President Bidhya Devi Bhandari has reached Bangladesh for a two-day state visit at the friendly invitation of the President of Bangladesh Mohammad Abdul Hamid.

At the Hazrat Shahjalal International Airport in Dhaka, President Bhandari was received by President of Bangladesh Abdul Hamid and Ambassador of Nepal to Bangladesh Dr Bansidhar Mishra.

The Ministry of Foreign Affairs said President Bhandari is scheduled to hold a bilateral meeting with her Bangladeshi counterpart, today.

It is stated that three separate memorandums of understanding (MoUs) on tourism promotion, sanitary and phytosanitary measures are to be signed between the two countries during the visit.

President Bhandari is scheduled to return home at 4.55 pm on Tuesday after completing her visit.