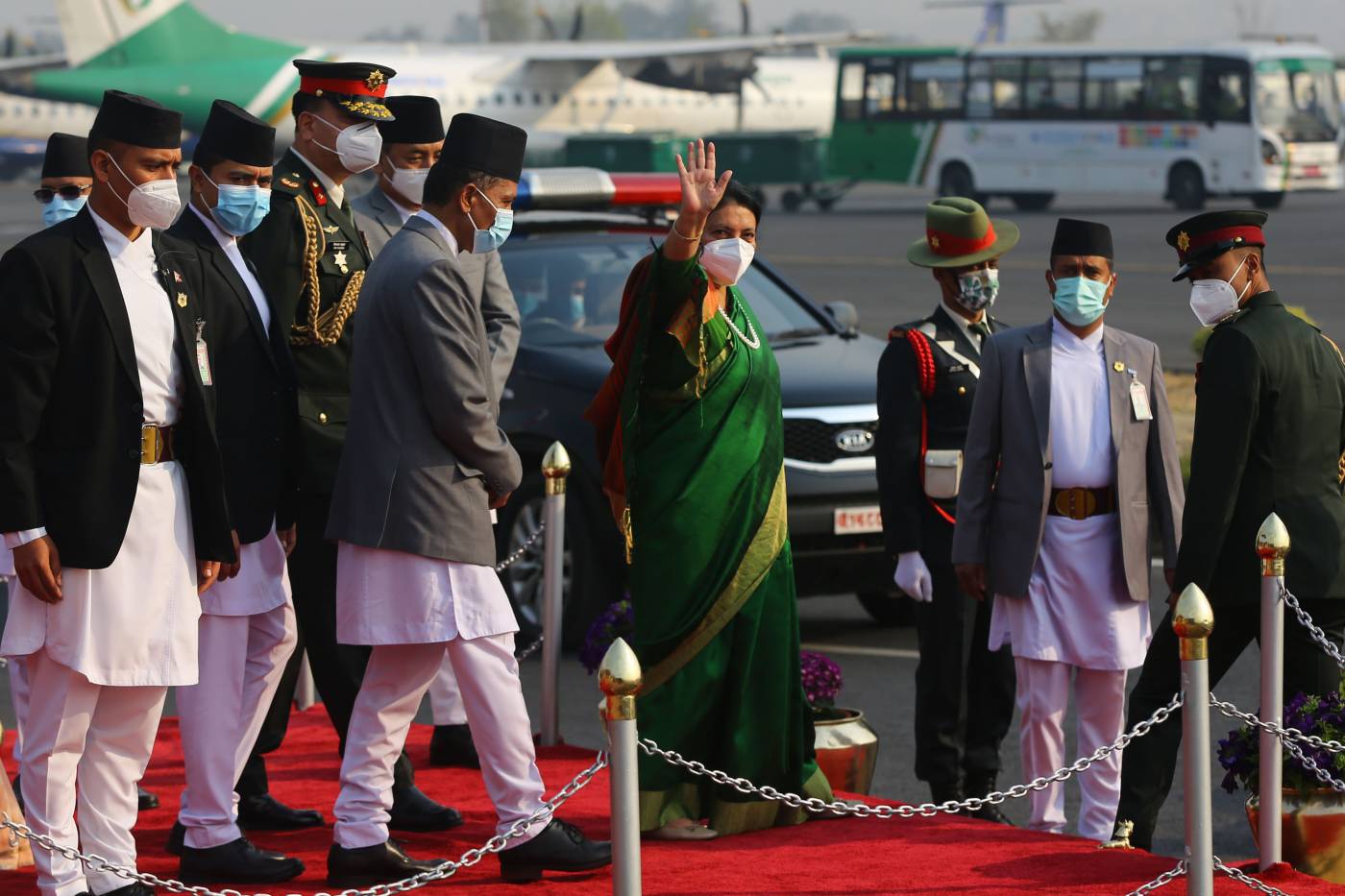 March 22, Dhaka: President Bidya Devi Bhandari has reached in Dhaka, the capital of Bangladesh, this morning in connection with her two-day state visit to Bangladesh.

President Bhandari is visiting the South Asian neighbour at the friendly invitation of her Bangladeshi counterpart Md Abdul Hamid on the occasion of a special ceremony marking the birth centenary of Sheikh Mujibur Rahman, Bangladesh’s Father of the Nation.

A special plane of the national flag-carrier, Nepal Airlines Corporation (NAC), with the President and the Nepali delegation accompanying her on board landed at the Hazarat Sahajlal International Airport at 10 am.

President Bhandari was offered a 21-gun salute and Guard of Honour at the airport.

She then was taken to the National Martyrs memorial at Sabhar where she laid a wreath and paid tributes to the martyrs. She also planted a sapling.

President Bhandari has now arrived at the Intercontinental Hotel where she would be staying.
She will be holding bilateral talks with her Bangladesh counterpart and also attend the bilateral agreement signing ceremony today.

A 19-member cultural team under the leadership of Ashok Kumar Rai and three media persons are also in the President’s entourage.