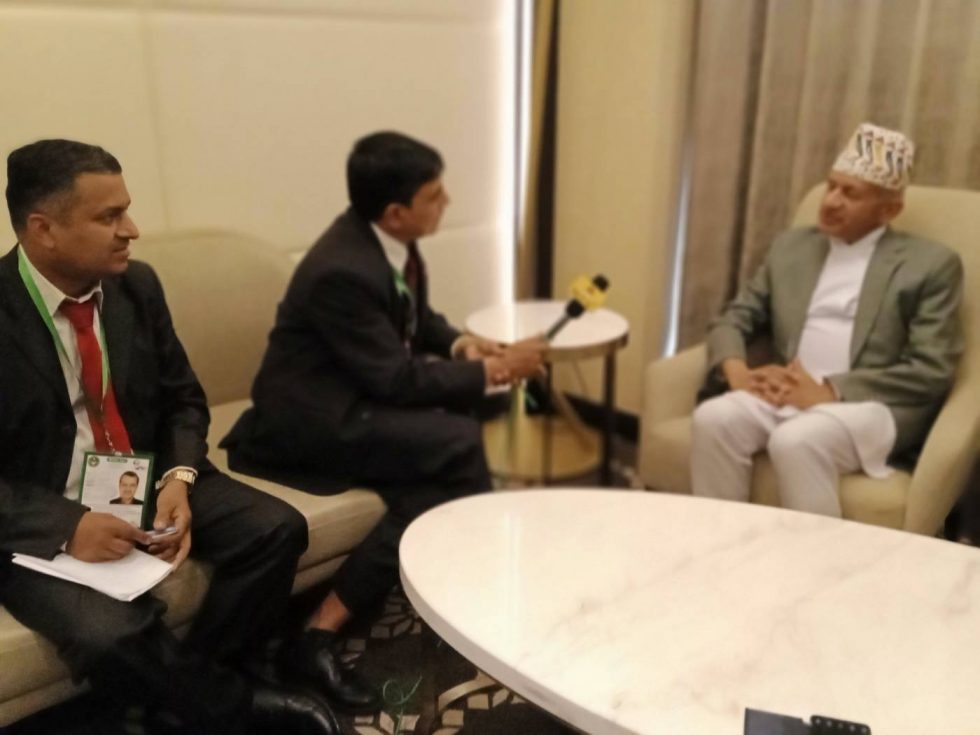 During an interview with correspondents of Rastriya Samachar Samiti (RSS) and Nepal Television in Dhaka today, Minister Gyawali opined that both countries have given the same priority in the expansion of relation and support with India for strengthening trade relation of both countries.

He shared that the issue was raised in course of the bilateral meeting held between President Bhandari and her counterpart Mohammad Abdul Hamid and other discussions on Monday.

During the meeting, Nepal proposed for easy trade access of its productions in Bangladesh, added Minister Gyawali.

“In these meetings, discussions were held to move forward the mutual cordial ties along with the economic partnership, and the leaders of both countries during the formal addresses have expressed such commitment,” Minister Gyawali said, adding that views were also exchanged on expanding the connectivity for promotion of energy, tourism and trade as well as on joint initiatives for reducing climate change risk.

As Minister Gyawali said the agreement of exchange of letters on the Rohanpur-Singhabad transit route reached with Bangladesh has ensured Nepal’s access to trade with third countries. He informed that they proposed with Bangladeshi officials for providing easy access to Nepali goods and products in the Bangladesh market and to reduce the additional customs duties on Nepali goods and products, to reduce the trade deficit.

According to him, both countries have a common view on raising issues of common interest in the regional and international forums and on the happy coincidence and commitment of both countries moving ahead of the journey of prosperity together.

Asked about his views regarding President Bhandari’s state visit to Bangladesh, Minister for Foreign Affairs Gyawali said: “This visit which has taken place on the occasion of the special function commemorating the birth centenary of Sheikh Mujibur Rahaman, Bangladesh’s the Father of the Nation, is in itself significant. This short visit has become result-oriented and successful. The relations subsisting at the government and people’s level between the two countries have been further consolidated.”

Nepal and Bangladesh signed and exchanged separate Memorandum of Understanding on tourism, culture, sanitization and transit in the presence of the Presidents of both countries following the meeting between them held at the Bangabhaban, the Office of the President of Bangladesh on Monday night.

President Bhandari had arrived in Dhaka on Monday at the friendly invitation of her Bangladeshi counterpart, Hamid.

President Bhandari had made a statement on the topic ‘Nepal-Bangladesh Relations and Bangabandhu’s Birth Centenary’, as the special guest at the programme organised at the National Parade Square in Dhaka.