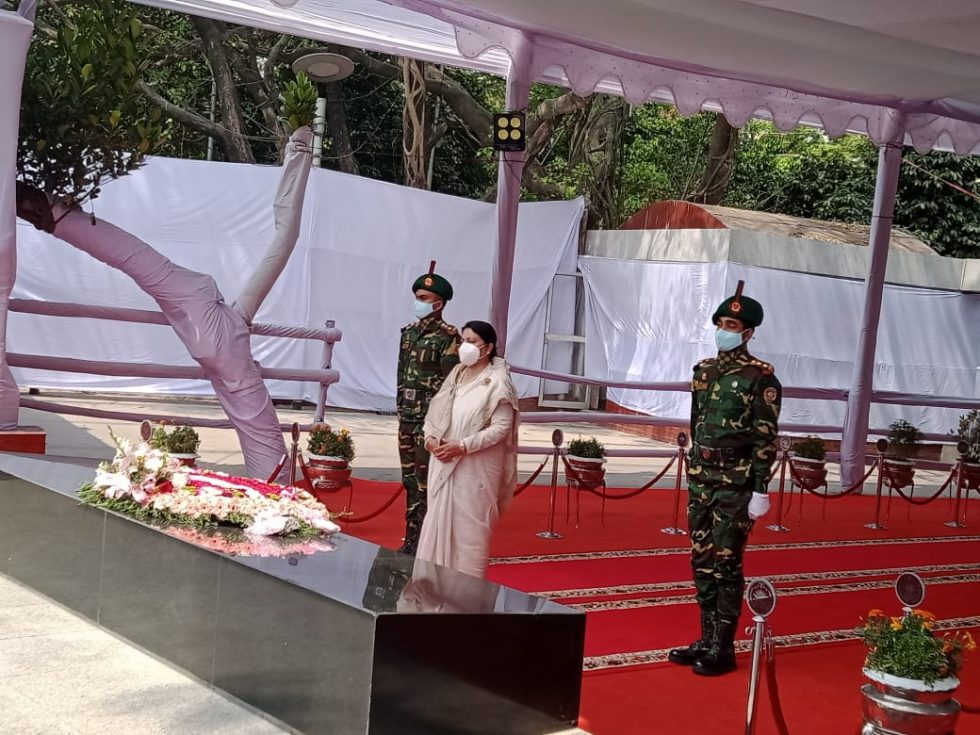 March 23, Dhaka: President Bidya Devi Bhandari who is presently on the two-day state visit to Bangladesh today visited the Bangabandhu Memorial Museum build at local Dhanmondi in commemoration of Bangabandhu Sheikh Mujibur Rahaman known as the founding father of Bangladesh.

Bangabandhu who had a leading role in the Bangladesh independence movement was assassinated on August 15, 1975. He was the first President of Bangladesh and had become the Prime Minister later in 1971. The museum incorporates the personal residence of Rahaman where he was killed.

During the visit, President Bhandari paid tributes to the founding father of Bangladesh. The Head-of-the-State also watched a documentary made by the Museum and put her signature on the visitors’ book there.

President Bhandari arrived here on Monday at the friendly invitation of Bangladeshi counterpart Mohammad Abdul Hamid. She had made a statement on the topic ‘Nepal-Bangladesh Relations and Bangabandhu’s Birth Centenary’, as the special guest at the programme organized at the National Parade Square in Dhaka.