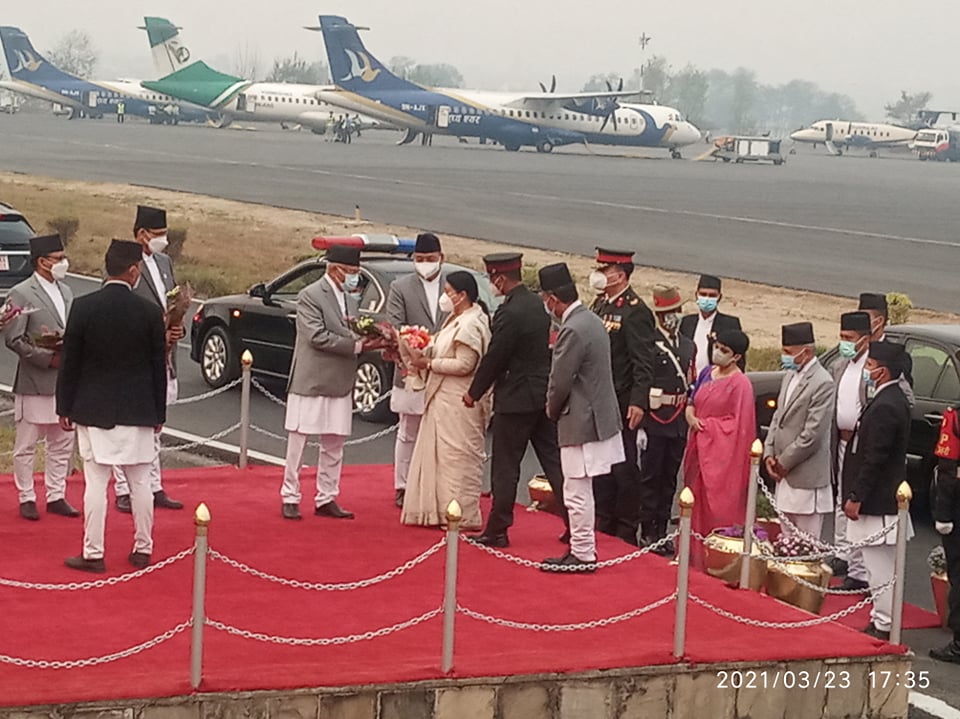 During her Bangladesh visit, President addressed a special ceremony commemorating the 100th birth anniversary of the founding father of Bangladesh Sheikh Mujibur Rahman. She also had a cordial meeting with her Bangladeshi counterpart Mohammad Abdul Hamid.

Addressing a press briefing at the Airport, a member of the president’s entourage, Foreign Affairs Minister Pradeep Kumar Gyawali claimed the visit to have been fruitful and successful to bolster the bilateral relation with Bangladesh.

Minister Gyawali further said during the president’s visit, four agreements were singed to collaborate in the tourism, agriculture, cultural exchanges, and railway sectors. He further added that the President also held cordial meeting with the Bangladeshi President and PM during her stay in Bangladesh.

President Bhandari had reached Dhaka on Monday to take part in the special ceremony organized on the 100 birth anniversary of founding father of Bangladesh, Rahman.