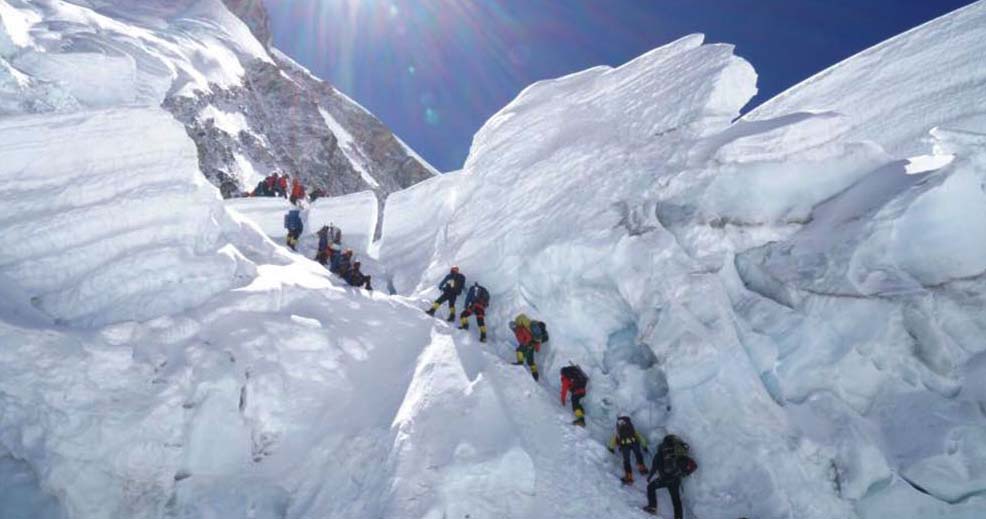 Kathmandu, May 8: The Ministry of Culture, Tourism and Civil Aviation has made it clear that there is no health safety risks at Mount Everest base camp.

In a press statement, the Ministry said its attention has been drawn towards the recent news reports by some media that some members in the Everest expedition teams for the spring season had tested positive for Covid-19, raising fears of a serious outbreak.

“There is no such risk at Everest base camp as claimed by some media,’’ the Ministry said.

Some of domestic and international media recently published reports claiming that the virus had spread at the base camp and climbers greatly faced the risk of infection.

According to the Ministry, 774 people of 86 expedition teams from 79 countries have acquired permission for climbing Everest this season and they all have followed the health safety protocols to the possible extent.

As said by Ministry spokesperson Taranath Adhikari, a liaison officer has been mobilized to oversee activities of each expedition team and report important any important incident and information relating to the scene to the higher level. Being based on the given information, we could say there was no such infection risk at Everest base camp as reported in media, he said.

The Ministry has urged one and all not to entertain and disseminate unreliable and unverified information, creating fears among members in expedition teams and their families and just to follow information provided by official sources.

A Covid-19 crisis facilitation and coordination unit has been formed under the coordination of Ministry’s joint-secretary Buddisagar Lamichhane to make arrangements for the rescue of any climber and trekker in adverse situation and escort her/him to the destination safely.

The climbing for this season has officially kicked off with Kami Rita Sherpa successfully reaching the top of Everest at 18:00 pm on Friday as a leader of rope fixing team, along with 11 other Sherpas, it is said. This is the 25th ascent of Everest by Kami Rita. —