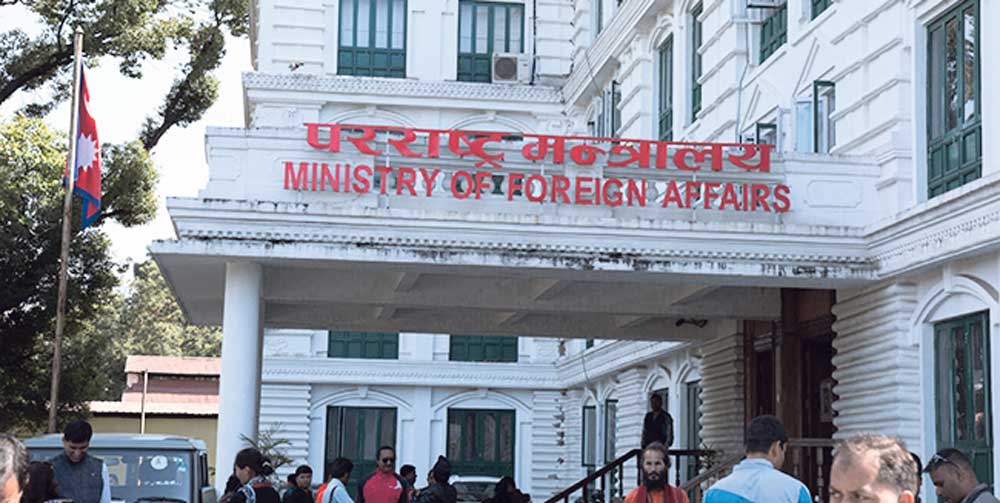 May 12, Kathmandu: The Government of Nepal (GoN) has expressed its concern regarding the escalating tension between Israel and Palestine.

In a tweet by the Ministry of Foreign Affairs on Wednesday, the GoN said “We call upon both sides to exercise maximum restraint and calm to avoid further casualties and destruction, and resort to peaceful means to resolve the problem”. 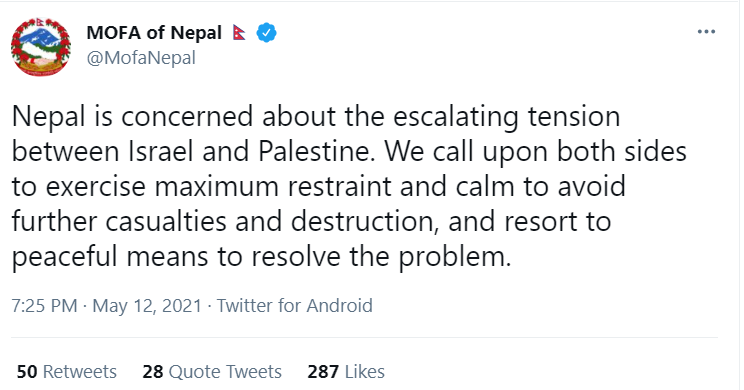