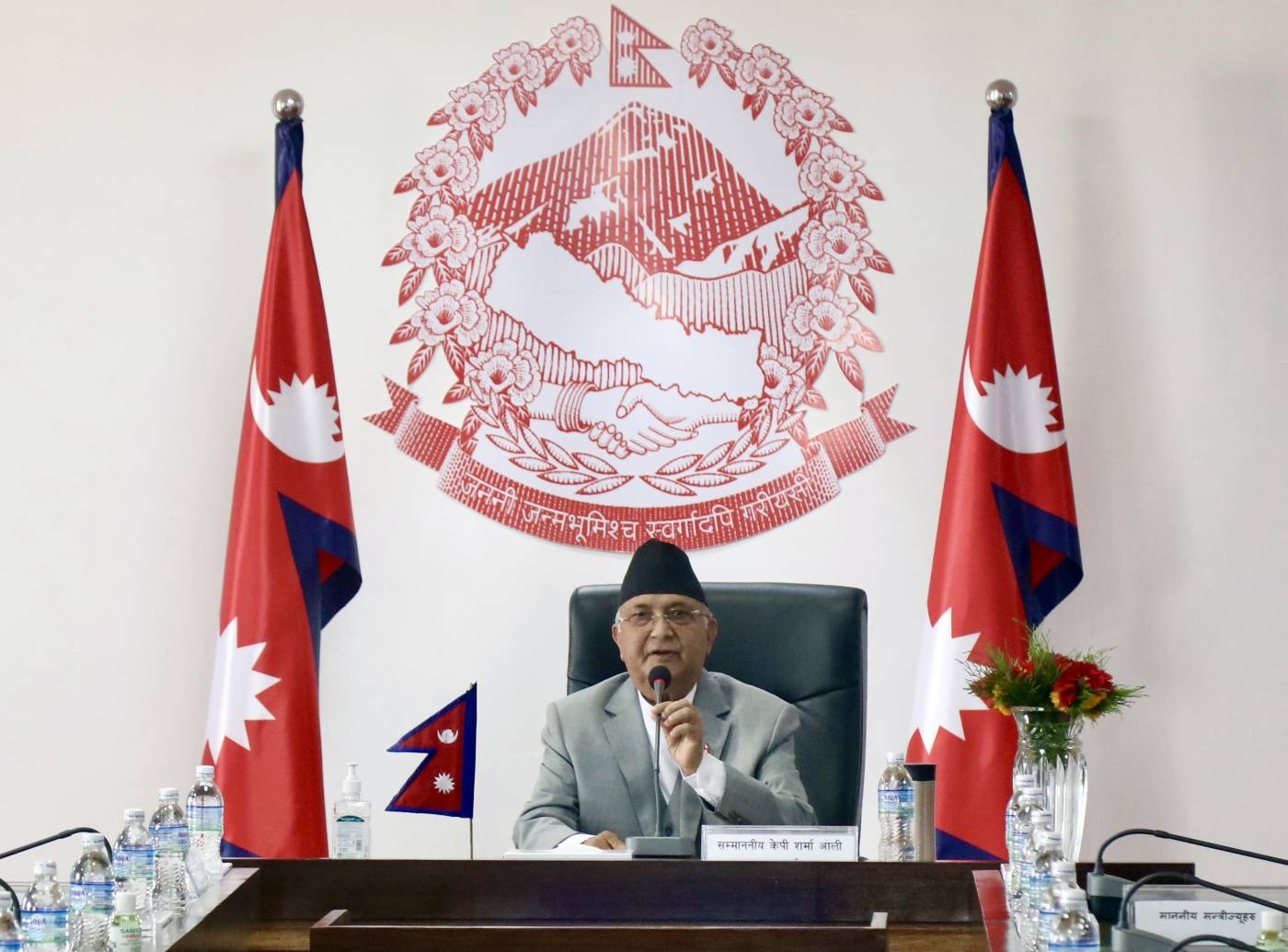 Kathmandu, May 14: Prime Minister KP Sharma Oli has pledged to address the shortage of any sorts of resources required for the prevention and control of Covid-19 pandemic. He has directed all state bodies and private sector to be mobilized effectively in the fight against the virus.

Assuming the office for the third term today, the Prime Minister urged all to demonstrate feeling of humanitarian assistance more than in normal times.

He drew the attention of bodies concerned to fully abide the rules and not to let any irregularities take place in the virus containment efforts.

“Time demands the unity among all to fight the pandemic and the tendency of overlooking government’s genuine efforts, non-cooperating to it or indulging in any irregularities is not appropriate,” he said, adding that corruption or any act of undue gains would not be tolerated.

On the occasion, the Prime Minister also called upon all political parties, leaders and cadres to follow the rule of law bearing in mind the sensitivity of the current situation.

He called on neighbours and the international community for help in the fight against the pandemic. As he asserted, available state’s resources and skills be utilised for the causes of the people.

Newly-appointed ministers and government high ranking officials were present on the occasion.

Prime Minister Oli reached the Singha Durbar-based Office of Prime Minister and Council of Ministers after taking oath of office and secrecy before President Bidya Devi Bhandari amidst a special ceremony at the President House, Shital Niwas.

Oli was reappointed to the post on Thursday as being the leader of the largest party in the House of Representatives in accordance with the Article 76 (3) of the constitution.