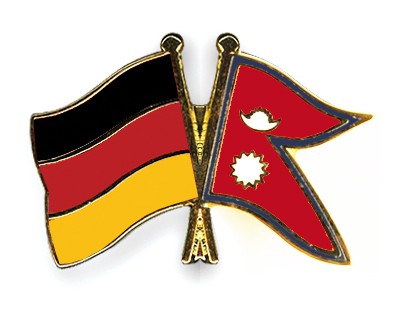 Kathmandu, May 14: The Germany-based non-government organisations (NGOs) have expressed interest for sending medical supplies to Nepal as the country is struggling with the surging cases of Covid-19.

Earlier, the government had appealed for international help in its fight against the pandemic. Taking part in a Webinar organised here today by the NGO Forum, around 60 Germany-based NGOs announced to extend medical support to Nepal under humanitarian assistance.

The programme was facilitated by the German- Nepal Friendship Association. Nepal’s Ambassador for Germany, Ram Kaji Khadka, apprised the session that infected were finding it hard to obtain timely medical care as with the rising of cases, hospitals were facing the shortage of testing kits, ventilators, ICU beds, portable digital X-ray machines, thermal guns, oximeters, PPEs and other equipment crucial for the prevention and the treatment of Covid-19.

Stating that the Nepal Government had sought international help and cooperation in its fight against the virus, the Ambassador expressed his hope of getting support from Germany as in the past.

According to him, the Nepal Government will coordinate for receiving assistance materials to be sent from Germany and distributing the supplies to the authorities concerned.

On the occasion, Ambassador of Germany to Nepal Roland Seifer said that there is a need for all NGOs in Germany to come together and provide assistance to Nepal, a friendly nation of the country, in such a crisis, he said.

The ambassador urged the operation of one flight or two between Germany and Nepal in a way that would not affect Nepal’s economy.

The Association Chair and Honorary Consul General to Germany Ram Pratap Thapa said that the webinar aimed to collect monetary assistances by coordinating with NGOs in Germany to deal with health problems in Nepal caused by the infection.

President of the Non-Resident Nepali Association Foundation Jiba Lamichhane informed that there had been a call for assistance for Nepal through chapters of the NRNA across the globe and health equipment had been supplied from China and Oman.

Representatives of many participating NGOs in Germany said that they were ready to provide assistance to Nepal and urged the concerned authority to manage flights for the supply.