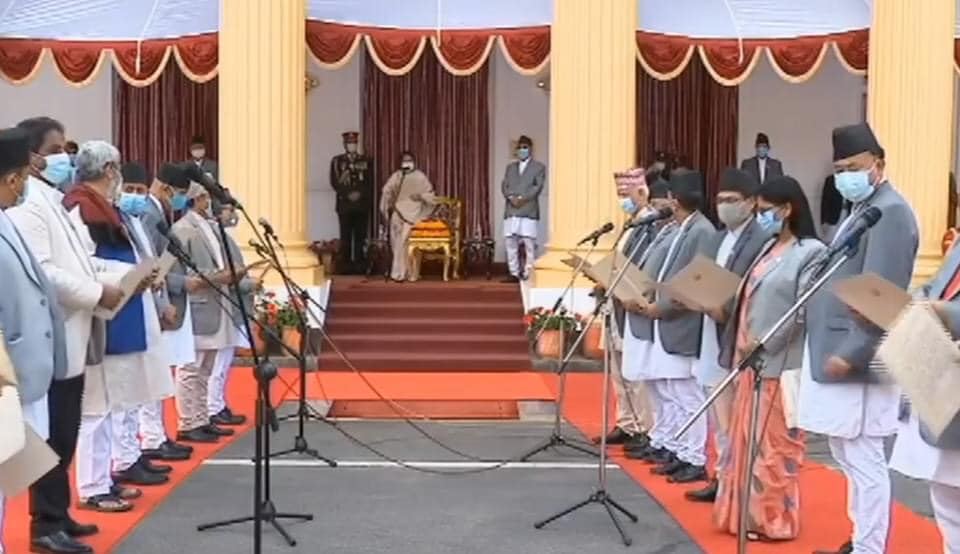 Kathmandu, May 14: Prime Minister KP Sharma Oli has expanded the council of ministers which comprises members of Oli’s erstwhile government.

PM Oli, who was reappointed to the post on Thursday as being the leader of the largest party in the House of Representatives in accordance with the Article 76(3) of the Constitution of Nepal, has taken the portfolio of the Ministry of Defense himself.

Oli, who was administered the oath of office and secrecy by President Bidya Devi Bhandari amidst a special ceremony organized at the Rashtrapati Bhawan today, has reappointed 22 Ministers and three State Ministers.

The newly-appointed PM has entrusted them with the same responsibilities that they were shouldering in Oli’s erstwhile government.