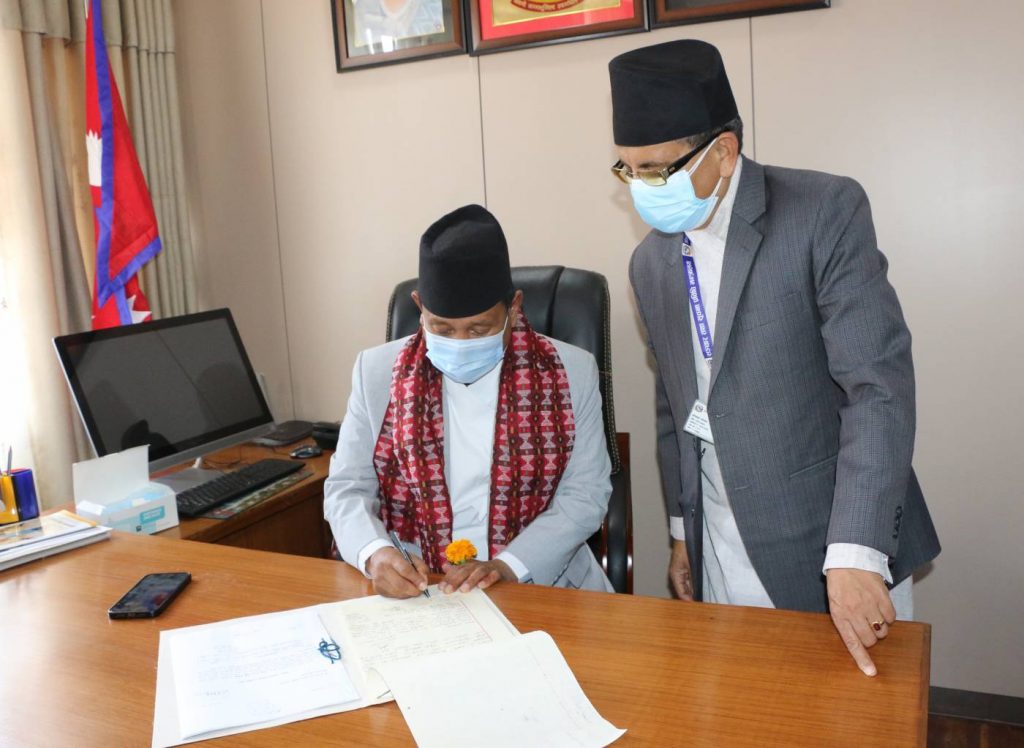 Assuming the office following the administration of the oath of office and secrecy on Friday, Minister Gurung approved the ‘Nepal Television Prosperity Journey’ programme that would be broadcast from Nepal Television.

Minister Gurung claimed that his first stint was satisfactory and he was committed to his responsibilities this time as well.

On a different note, Minister Gurung underscored the need for a collective and coordinated effort to prevent and control the Covid-19 pandemic.

According to him, he had all the necessary cooperation from all the line agencies and organizations in his first stint as the Communication Minister and he was hopeful that he would be able to carry out the ongoing projects in their cooperation.

On the occasion, Secretary at the Ministry of Communication and Information Technology Hari Prasad Basyal shared that Minister Gurung had spearheaded many works aimed at reforming the system in his nine-month-long first stint.