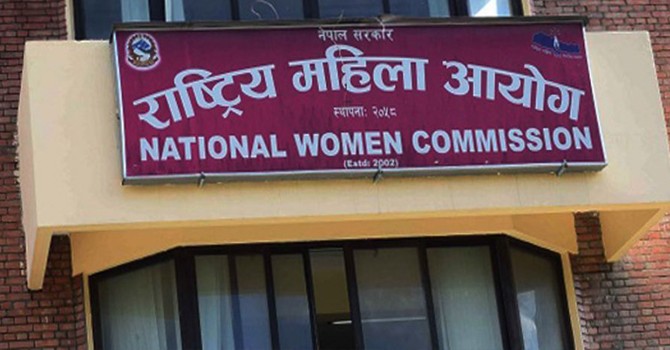 Kathmandu, May 15:  The National Women Commission (NWC) has formed a high-level committee for the prompt rescue, relief and medical treatment of women and children subjected to gender violence during the prohibitory orders issued to stem the spread of the coronavirus infection.

The chairperson of the NWC is to coordinator of the High-level Monitoring and Coordination Committee on Prevention and Control of Gender-based Violence which includes representatives from various agencies. The Committee will systematically carry out monitoring of gender based violence during the prohibitory order period and will work in coordination with various bodies to immediately rescue and provide relief and medical treatment to women and children subjected to such violence.

NWC Chairperson Kamala Kumari Parajuli said that the Commission has written to various bodies to give priority to women, children, older people, people with disabilities and the gender and sexual minorities in the rescue, relief and other processes during the ongoing prohibition period as well as at other times.

She shared that the NWC has also written to the agencies concerned through the Ministry of Home Affairs and the Ministry of Federal Affairs and General Administration for managing the quarantine and isolation centers run at the local level to make them women-friendly. The NWC has also sent letters to the bodies concerned on it taking the initiatives as per the suggestions received from the discussions among the related agencies on matters of preparedness and other contemporary topics to be adopted for prevention and control of possible gender-based violence during the prohibition period.

The prohibition has been imposed since April 29. The NWC has registered 22 complaints of domestic violence and 10 complaints related to violence against women from April 29 to May 12.