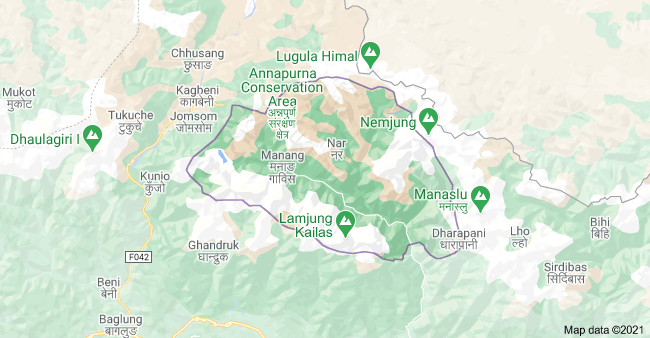 Manang, May 17: The process to rescue 22 foreign tourists who have been stuck in the district due to the second wave of Covid-19 is underway, said the district administration office.

Of the stranded tourists, 10 have been rescued so far and the rescue process for others is underway, said the Chief District Officer, Bishnu Prasad Lamichhane.

Five of them who were stranded at Dingsyang Rural Municipility were airlifted to Kathmandu and five were sent to Pokhara on a jeep, said Chief of the Annapurna Conservation Area, Lekhnath Gautam.

Fourteen of the tourists were stranded at Dingsyang Rural Municipality, four at Khangsar Tilicho Base Camp, three at Dabolagaun and one at Pisang. The stuck tourists are from Germany, Israel, Netherlands, Ireland and France.

“Some of the stranded foreign visitors were airlifted to Kathmandu through a helicopter and others were transported to Pokhara yesterday. One or two have headed to Lamjung district by foot,” he said.