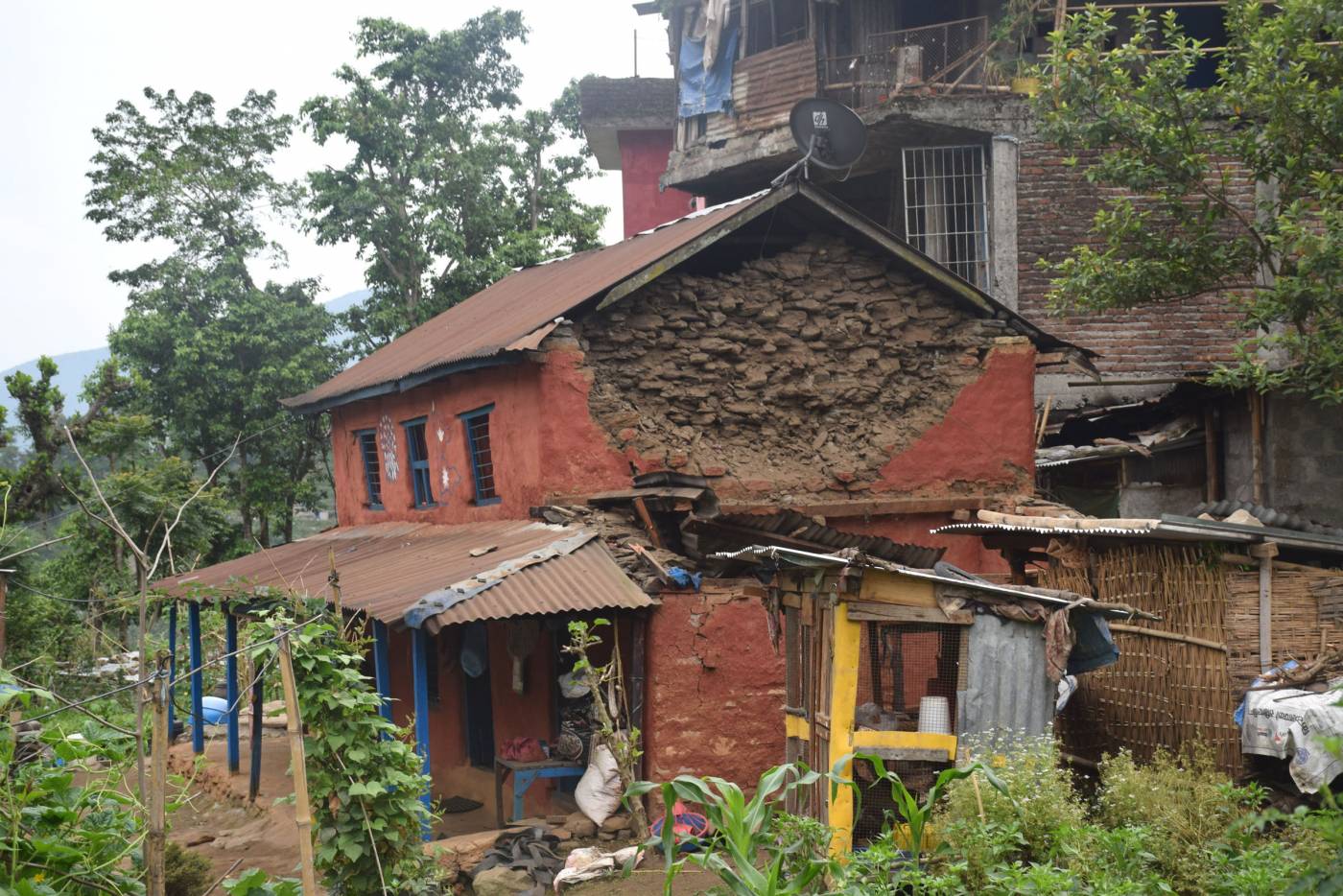 Lamjung, May 19: At least four people sustained injuries in different areas when the earthquake measuring 5.8 on the Richter scale collapsed houses here this morning. The epicentre of the earthquake was Marsyangdi rural municipality-3, Bhulbhule of mountainous Lamjung district.

Police Inspector of District Police Office, Jagadish Mishra said they had injuries in their head, hand and leg. The injured Uma was half-buried by the house that was caved in after the earthquake. She was asleep when the quake occurred. Locals rescued her and took her to the district hospital via ambulance.

Local people vented their ire for the apathy shown by the police during such a disastrous incident even after they were made aware of the situation.

Also damaged were the houses of Tirtharaj Ghimire of Madhyanepal municipality-7 and Dhir Bahadur Rimal and Buddi Bahadur Rimal of Besishahar-6. Most of the houses damaged in the earthquake were made up of mud, stone and corrugated sheets, police informed. Additional details are yet to come, police said.

The jolt was also realized in neighbouring districts, Manang, Kaski and Gorkha. The aftershocks are recurring in Lamjung and other adjoining districts, it is said. Locals have come out of their home in search of open spaces due to recurring aftershocks.

People are seen crowded up without wearing a mask in the troubled time of coronavirus infection which has also increased the risks of virus transmission en masse.