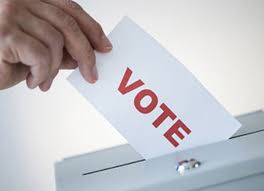 Makawanpur, May 19: The candidates who are contesting in the May 20 by-election for National Assembly have pledged to comply with the electoral code of conduct and health safety guidelines determined by the Election Commission of Nepal.

The joint meeting of the party candidates, independent candidate, officials of the Commission’s office and media persons took the decision to adhere to all the health safety protocols and electoral code of conduct in the upcoming by-election.

Also, if any of the Province Assembly members, chief and deputy chiefs of the locals are infected with Covid-19, they will be allowed to cast their votes complying all the preventive measures, informed Bagmati Province Election Commission Office Officer, Dilli Ratna Shrestha.

The by-election will be held between 9 am to 3 pm. Votes will be counted on the same day.

A total of 347 candidates- 109 parliaments of Province Assembly and 238 chiefs and deputy chiefs of local level units,-will be exercising their franchise in the impending by-election.

Ram Bahadur Thapa ‘Badal’ has filed his candidacy for the by-election representing CPN (UML) while Dr Khimlal Devkota, an independent candidate (having support of Nepali Congress and CPN (Maoist Centre), is also one of the contenders.

Similarly, Nepal Workers Peasants Party’s Krishna Bahadur Tamang is also vying in the upcoming election. All the candidate hopefuls have arrived Hetauda, it was shared.