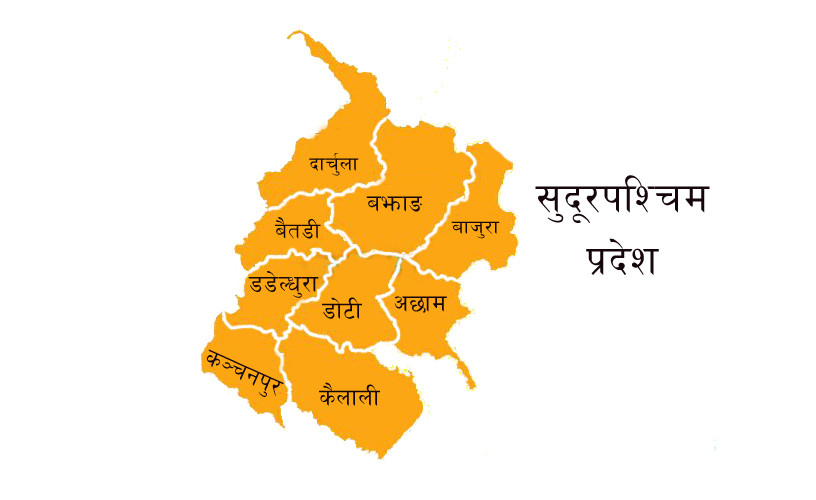 Dhangadhi, May 22: The CPN (UML) Sudurpaschim Province Chair, Karna Thapa, has said that the party will take action against those who have become the ministers in the provincial government from the UML if they didn’t leave the government.

“The meeting of our party’s province committee has decided to pull out of the government and form government under the party’s own leadership. The party will take action against those ministers from the party not quitting the Maoist Centre-led government,” he said.

Chief Minister Trilochan Bhatta has assigned the portfolio of the Ministry of Economic Affairs and Planning to Minister Shah.

Meanwhile, various medical goods have been distributed to four local units in the Kailali district at the initiatives of federal parliamentarian Jhapat Bahadur Rawal. Rawal represented Kailali constituency no 2 in the now-dissolved House of Representatives, the lower house of the Federal Parliament.