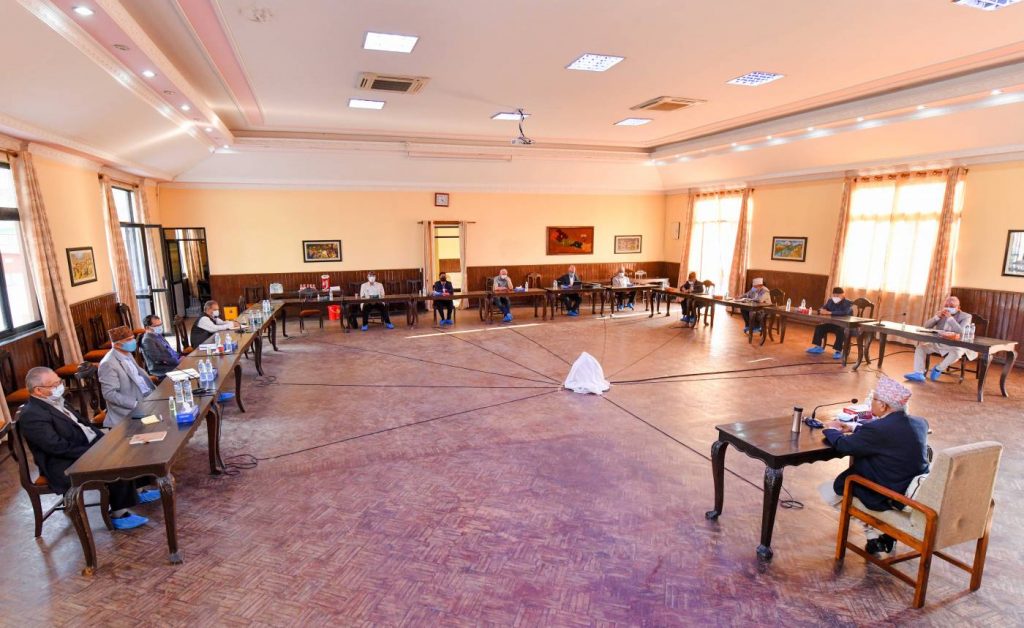 May 22, Kathmandu: The CPN (UML) has decided to seek justification from 11 former lawmakers belonging to the party. The standing committee meeting of the party held at the Prime Minister’s residence Baluwatar on Saturday accused them of involving in the signature campaign for the opposition party to remove party Chairman KP Sharma Oli from the prime ministerial post.

They are asked to furnish justification within two days. A serious discussion was held in the meeting that they involved in the game of weakening the communist party and toppling the own party government.

Twenty-six lawmakers belonging to the Nepal faction of UML had signed in favour of Nepali Congress President Sher Bahadur Deuba, proposing him as the new prime minister.