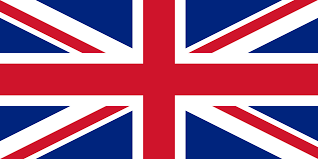 May 22, London: The House of Lords has entered into a dialogue that the United Kingdom should demonstrate its candid participation in Nepal’s bid to fight against raging coronavirus infections.
Thursday’s regular deliberation of the upper house of the UK was focused on lending support to Nepal in crisis. Speakers had raised voice that the UK should assist Nepal to bail the country out of the current crisis as the Himalayan country has been ever supporting the UK on every front.
Lord Lancaster had urged the British government to provide two million doses of vaccines to Nepal. In response, Lord Ahmad of Wimbledon on behalf of the UK government informed the upper house that around 350,000 COVAX vaccines have been allocated for Nepal.
Ahmad also shared with the House of Lords that he had a talk with Nepal’s Minister for Foreign Affairs two days ago and also would share their plan with the representatives of the Nepali Embassy in London soon.
Nepali Ambassador to the UK Lokdarshan Regmi said that he had also been consistently holding dialogue with the representatives of concerned agencies here for the vaccines and has received positive responses.
It may be noted that around 50 British people including popular cine artist Joanna Lumley had urged the UK government some days ago in writing to lobby for providing vaccines support to Nepal.
Likewise, social activist Ramesh Raj Pandit has conducted a campaign to pile institutional pressure on the UK government to ensure vaccines support to Nepal.
Kaushalजेष्ठ ९, २०७८