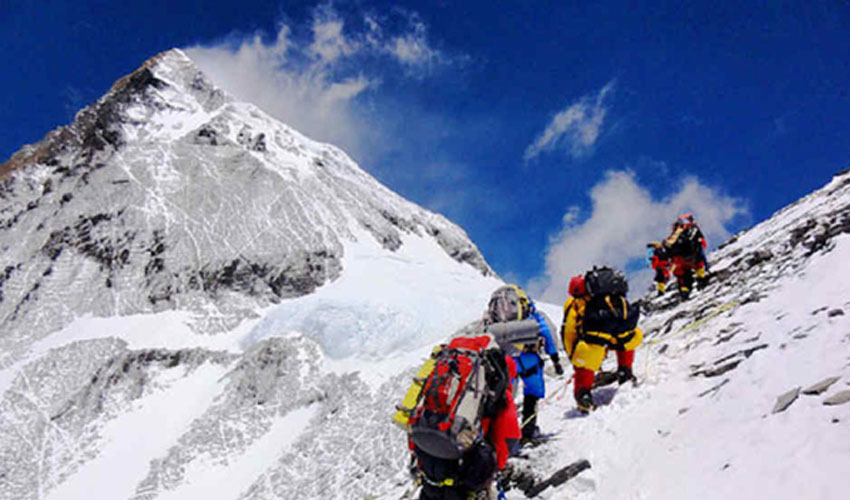 Kathmandu, May 23: A feasibility study conducted by a team of four mountaineers, two foreigners and two Nepalis, have concluded that Mera Peak is suitable destination for ski mountaineering.

The study team found out the 6,473-metre high peak was apt for ski mountaineering. Leonardo Bernard, 35, and 40-year-old Deidrick Bhan Reason from the Netherlands had skied from the summit of the Peak on May, according to the Ski and Snowboarding Academy.

The skier duo had skied to the base camp of the Mera Peak within half an hour, shared Academy’s President Utsav Pathak.

Academy in collaboration with the Snow Guide Nepal Treks and Expedition conducted the feasibility study and the ski mountaineering activity in the Peak.

Training for ski mountaineering will be conducted in the Mera Peak from coming October to train Nepal’s team to compete in the Olympic Ski Mountaineering to be held in Italy in 2026.

A ski completion was organized by the Academy in Kalinchowk in 2019 winter and ski mountaineering activities and training were organized in other peaks in Humla, Dolpa, Mustang and Kaski for five years.

Academy aims to popularize ski mountaineering in the country that houses 8 among 14 highest mountains including 8,848.86-metre high Sagarmatha (Mt Everest).