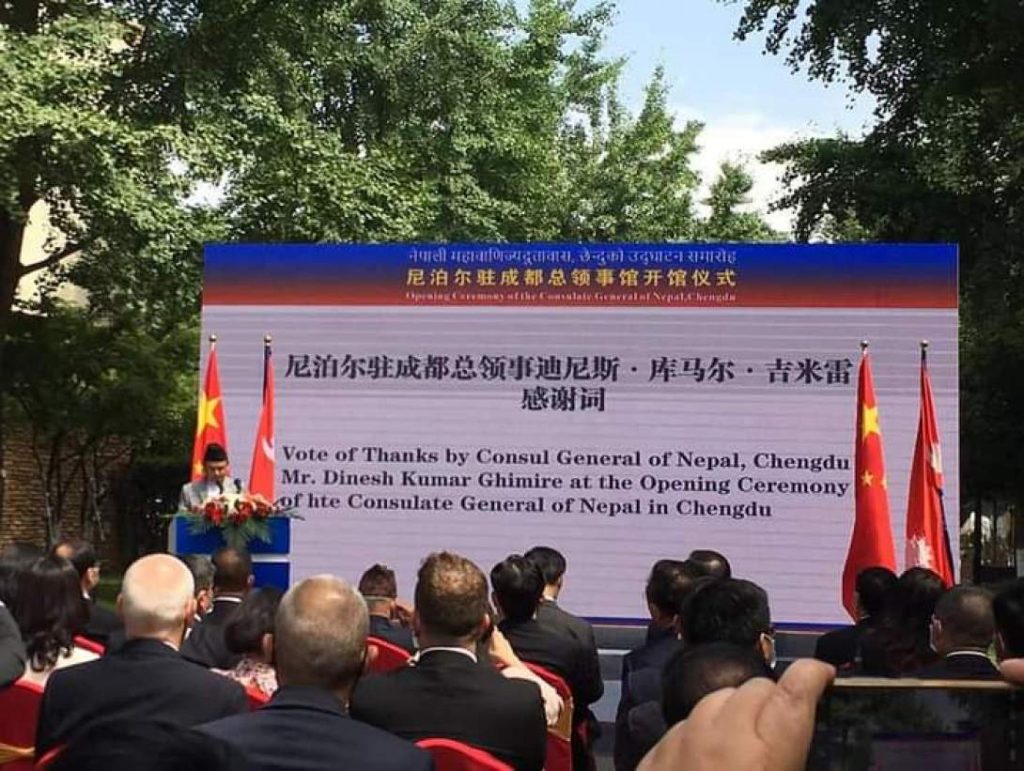 May 24, Kathmandu: The Consulate General of Nepal in Chengdu was officially inaugurated amidst an opening ceremony on Monday.

The Consulate General’s plaque was jointly unveiled by Vice-Governor of the Sichuan Provincial People’s Government and Member of the Standing Committee of the CPC Sichuan Provincial Committee Li Yunze; Mayor of Chengdu Municipal People’s Government Wang Fengchao, Director-General of the Department of Consular Affairs of the Ministry of Foreign Affairs of the People’s Republic of China Cui Aimin, and ambassador Pandey, according to the Minister of Foreign Affairs.

On the occasion, Ambassador Pandey said mutual trust, understanding and good neighbourliness had remained the hallmarks of Nepal-China bilateral relations since ancient times.

Similarly, Vice-Governor of Sichuan Provincial People’s Government Li said that the establishment of the Consulate General would facilitate the promotion of trade, investment, tourism, and people-to-people exchanges between the two countries.