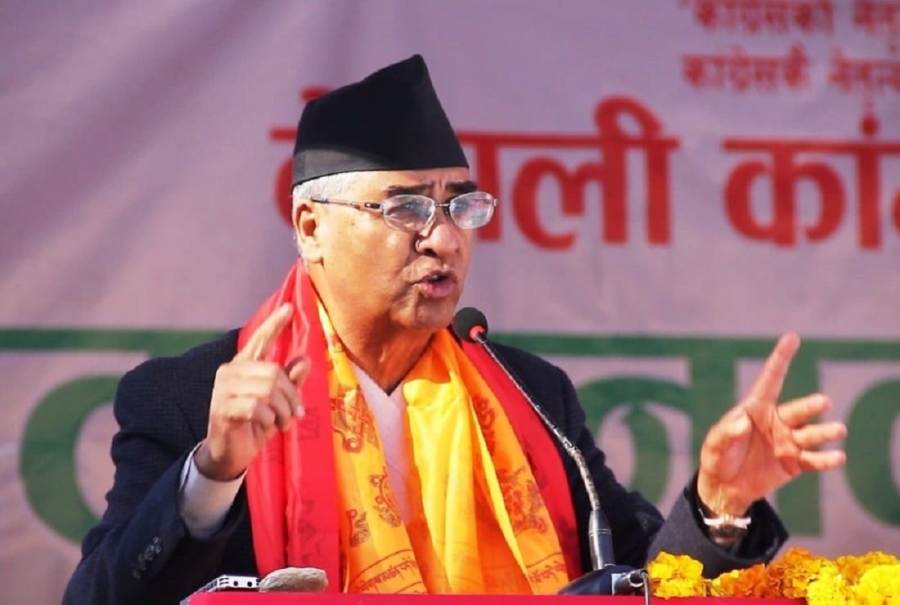 Kathmandu, May 27: Nepali Congress President Sher Bahadur Deuba has expressed the belief that the Supreme Court would give justice on the writ petition filed by majority number of parliamentarians including him for the protection of constitution and democracy.

At a virtual programme organised today on the occasion of the 30th anniversary of Nepal Press Union, President Deuba blamed the Prime Minister of violating the constitution, adding that they were compelled to knock the door of Supreme Court to protect the supreme law of the land.

He objected President Bidya Devi Bhandari’s move, saying she did not carry out necessary investigation over their claim for the formation of a new government as per the Article 76 (5) of the constitution.

Also the former Prime Minister, Deuba, opined, “Now, protection of people’s lives is the major issue. So we knocked the door of SC. We urge the media to help by creating public opinion on it.”

Similarly, NC senior leader Ram Chandra Poudel shared that though the constitution has adopted multi-party democratic system, parliamentarians were compelled to knock the door of SC for the formation of a new government as per Article 76 (5) after self-determination and decision rights of parliamentarians was not accepted.

Saying the incumbent government has announced election during COVID-19 pandemic but there is risk of postponing it again showing the COVID-19 outbreak, he expressed the view that now the country needs alternative.

He added, “The 14th general convention of the party should be held on the stipulated date in order to make the NC capable and united.”

Likewise, President of Federation of Nepali Journalists, Bipul Pokhrel, complained though information would be crucial for the citizens during pandemic, media sector has now not got priority from the government and party as per the expectation.

Announcing about the relief fund of one million rupees from the Press Union for the relief to COVID-19 affected media persons, Press Union President Badri Sigdel called all for further support in the fund.