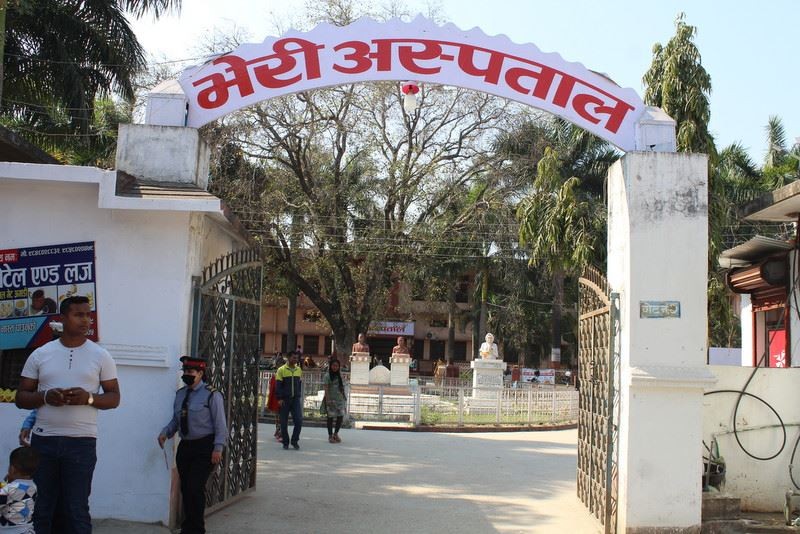 Nepalgunj, May 28: Relatives of a patient, who died at 8:00 last night while receiving treatment at Bheri Hospital, have assaulted the health workers and doctors in the hospital.

The patient from the Dang district was admitted to the hospital on May 18 and died last night while receiving treatment in ventilator support.

Chairman of Bheri Hospital Development Committee Pramod Dhital said relatives of the deceased thrashed a doctor and four nursing staff stating that the patient died due to carelessness of the health workers.

Dhital said that the patient died despite the continued efforts of the doctors to save the patient.

After the death of the patient, the relatives also vandalised the ICU ward of the hospital while the health workers managed to save their lives by escaping the attack, hospital’s Nursing Officer Shila Sharma said.

Meanwhile, the health workers in the hospital have asked the administration to ensure their security and actions against the perpetrators.