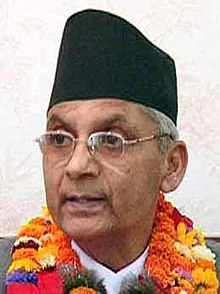 Kathmandu, May 28: Former Chairperson of Council of Ministers Khilraj Regmi said that the political exercise of democratic republic has turned helpless by frequently taking the political dispute to the court’s ambit and orchestrating the scene like parade game there.

In his address to the 14th Republican Day (Jeth 15) today, he suggested all to put the issue of protecting citizens’ lives on utmost priority when the coronavirus has plagued the country.

“The celebration of republican day will give meaningful message only when the politics becomes an instrument to materialize the dream of prosperous Nepal by addressing the problems of lives and livelihood”, the message reads.

Regmi, also the former chief justice, said the substantial role of the political parties and their leadership are expected in the practical implementation and exercise of citizen supremacy in multiparty forms of governance.